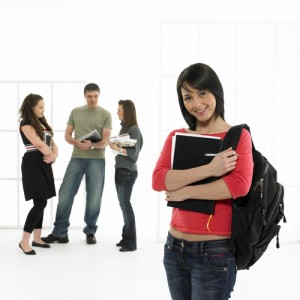 Many adolescents want to ‘act out’ an experience with each other, but depending on their cultural bias, may never attempt it within the classroom environment.  Some cultures are so strict about classroom behaviors that it might seem next to impossible to get some students to role play in an ESL activity.  Of course this might largely depend on the setting of the classroom itself.  An ESL classroom in America is a different experience than a similar classroom held in Japan or Kenya.  Whatever the environment, it is important that the teacher get the students divide into groups for esl role play in English various scenarios and situations they might encounter.  Here are a few suggestions:
A ‘fender bender’- Have the students role play what would happen after a minor traffic accident.  Encourage them to realistically dialog a conversation between two motorists complete with the exchanging of insurance information, which person was at fault, and the conversation with the police officer that arrives on the scene to take down their statements.
The first date– Have the students act out the scenario of asking their parents to go on a first date.  Include where they would like to go and the type of person they are planning to go out with.  Have some students play the role of the parents (on both sides) and give the arguments that the adults would present.
A job interview– Have the students pick a job that they would like to have and them have them simulate what the interview for that job would be like.  Have on student be the interviewer and another play the part of the job applicant.
The ESL Curriculum that you are using should include ESL Role playing in this manner allows the ESL student to sharpen their conversational skill will providing them with some perspective on how the English language deals with real-life situations.   More info about ESL Activities.