Get your ESL Students talking, laughing and Learning English with theseESL Murder Mysteries 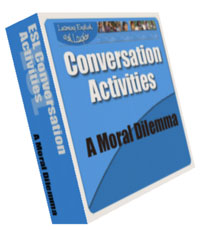 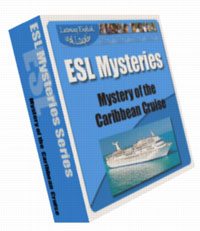 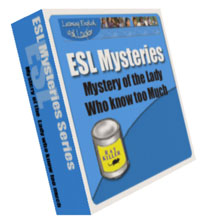 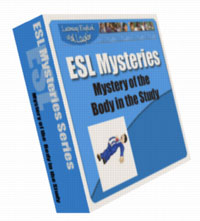 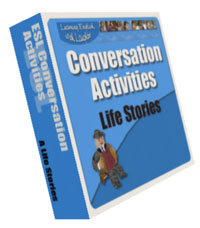 Its a FACT! Students Learn best with Games and Activities!

‘Language learning is a hard task which can sometimes be frustrating. Constant effort is required to understand, produce and manipulate the target language. Well-chosen games are invaluable as they give students a break and at the same time allow students to practice language skills. Games are highly motivating since they are amusing and at the same time challenging. Furthermore, they employ meaningful and useful language in real contexts. They also encourage and increase cooperation.

Games are highly motivating because they are amusing and interesting. They can be used to give practice in all language skills and be used to practice many types of communication.’

by Aydan Ersoz
The Internet TESL Journal, Vol. VI, No. 6

About Our ESL Activities and Lessons

Our Activities were developed and tested in the classroom over a 7 year period, and are in use all over the world. Countries that use our materials.
Learning English with Laughter has been in business since 1997, selling ESL textbooks, curriculum and activities to teachers all over the world.

What our Customers Say:

Thanks a lot! I could download them, I have already used it several times in different classes it was FANTASTIC!!! Children like to learn English though games.
Thanks again.
Regards,
Natalya

Once students start playing these engaging and fun activities — they can’t get enough! Allow lots of time!

Activity #1 — Mystery of the Stolen Funds – an ESL Mystery ($4.95 value)
Summary: Who took the company funds? This series of speaking activities and exercises introduces 18 common idioms. While solving the mystery, the students apply the idioms to real life situations.

Activity #2 – Mystery of the Caribbean Cruise – an ESL Murder Mystery!($6.95 value)
Summary: A romantic cruise on a luxury yacht ends in tragedy: the hostess is murdered. When the yacht reaches shore, special detectives Duval and Dorking are asked to solve the mystery. Duval points out that because the murder was committed at sea, the guilty person is still on board. Students are given the background of each of the people involved, and a list of clues the detectives found. They are asked to break into small groups and solve the mystery.
90 minute activity (+ -) group times vary greatly

Activity #3 – The Lady who knew too much – an ESL Mystery ($6.95 value)
Summary: Mrs. Hillary Ashton-Smith was found dead in her living room by the cleaning lady. Her husband, a wealthy importer-exporter, was in South America on a business trip. Medical examination revealed that she had been dead since the night before, and that she had died from arsenic poisoning. She had been drinking Scotch whiskey, which had been poisoned with arsenic.
90 minute activity (+ -) group times vary greatly

Activity #4 – The Mystery of the Body in the Study – An ESL Murder Mystery Game ($6.95 value)
Summary:The time is Christmas morning in the large house of the wealthy Lord and Lady Chudleigh in a small village in England. When the family woke up, Lord Chudleigh was found dead in his study, stabbed to death with a letter opener. A picture had been removed from the wall of the study, and behind it, to everyone’s surprise, was a small safe. The door of the safe was open and the safe was empty.
90 minute activity (+ -) group times vary greatly

These highly motivating activities promote a relaxed atmosphere where the students become involved in the content and learn to think in English.

You will also
receive the following bonuses at no cost:

This fun activity has pictures and partial life stories of four unusual people. Guaranteed to be a hit!

By Learning English with Laughter Inc.

ESL Activities for Advanced and intermediate students - discussions and conversation activities that will get your students speaking English!